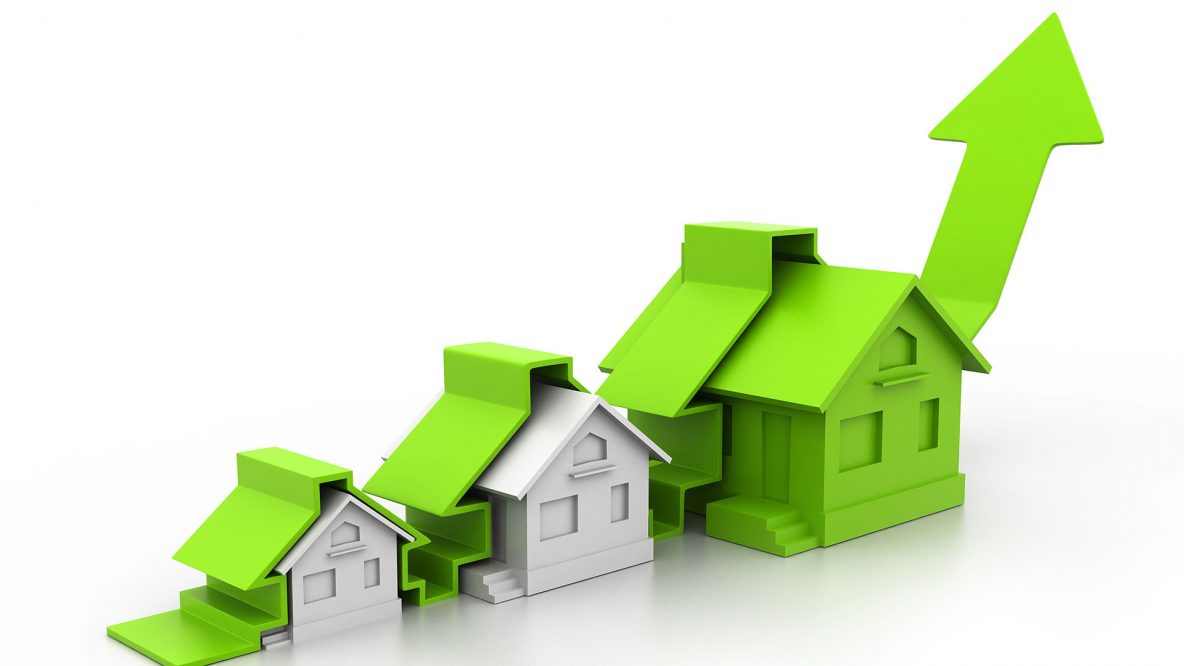 Read our latest analysis of what’s been happening in the east central Scotland housing market.

The average selling price in east central Scotland between March and May 2017 has increased by 3.3% to £221,522 when compared with the same period last year.

The number of homes sold in east central Scotland between this period decreased by 4.6% annually.

The number of new homes brought to market decreased by 6.7% annually.

The median selling time in east central Scotland is 22.2% faster when compared to the same three-month period a year ago – from 23 days down to 18 days. In Edinburgh, the median time to sell is down to 15 days.

The median selling time for properties in Edinburgh is down to 15 days, indicating a thriving market where buyers are willing to snap up properties quickly and over the home report valuation, according to the latest analysis from ESPC.

An increasing number of properties in Edinburgh are selling for over their home report valuation, potentially making it more difficult for first time buyers to get a foot on the property ladder.

In Edinburgh, 83.9% of sales met or exceeded their Home Report valuation over the last three months, and properties that were marketed as offers over achieved on average 9.5% over the asking the price. This is up from 7.5% during the same period last year.

Properties marketed at ‘fixed price’ tend to sell for around the advertised price. However, when it comes to ‘offers over’, this allows for many people to bid for the property, with the highest offer most often the price accepted. 86.1% of properties listed between March and May 2017 were marketed as ‘offers over’, up from 77.1% during the same period in 2016, meaning that there is less of an opportunity to find a fixed price property.

Should a buyer wish to bid above the home report valuation for a property they are interested in, then they may need to factor in extra savings as a mortgage lender will only provide up to the Home Report valuation.

There has been an overall 6.7% decrease in the number of new homes brought to market, following the trend in decreasing stock that we have seen over the last year. This year-on-year decline has led to the continuing seller’s market, which drives up selling prices and brings down the amount of time a home is on the market, as buyer demand continues to be strong.

One bedroom flats in Abbeyhill and Meadowbank and two bedroom flats in Leith, The Shore and Granton, have shown the largest year-on-year increases in average selling prices between March and May of 2017 (16.8% and 14.6% respectively). This indicates there is a continued demand for the types of property that are popular amongst first time buyers, particularly as we are seeing a decrease in new housing stock.

One-bedroom flats in Abbeyhill and Meadowbank have also shown the highest average percentage above the Home Report valuation, so this could potentially be a new hot spot area for first time buyers.

ESPC business analyst Maria Botha-Lopez said: “In Edinburgh, buyers should consider that many properties are selling above Home Report valuation when they do their house search. So when saving for a deposit and other buying costs, they will also need to set aside extra funds if they wish to make an offer over the valuation, as this will not be covered by their lenders.

“A solicitor can help assess whether a particular property has received a lot of interest, and whether there is strong competition from other buyers. A mortgage or financial adviser can help determine whether it is even feasible to bid over Home Report valuation, depending on budgets and other costs associated with the buying process. It should also be noted that properties outside of Edinburgh are selling below or at Home Report valuation, so first time buyers could also look outside of the city for a more affordable property.”

View the house price tableGot a question? Have a look at our House Price Report FAQs